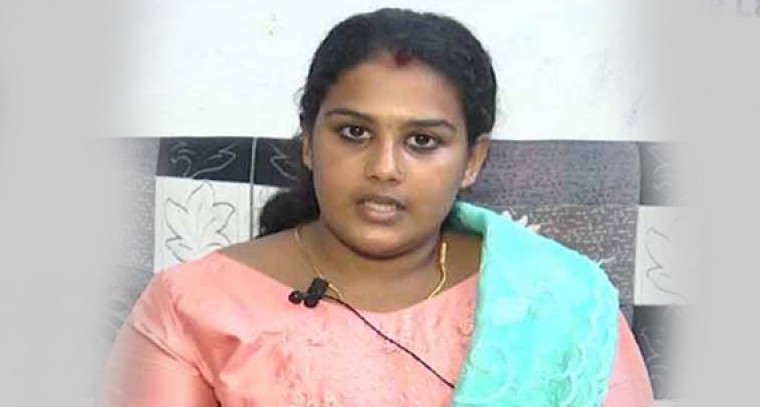 Thiruvananthapuram, Nov 24 (IANS) Tearing into the Pinarayi-led CPI(M) over its role in the "missing baby" case, the Congress on Wednesday said the handing over of Anupama's baby to an Andhra Pradesh couple was "child trafficking" not adoption and held the Kerala government responsible for it.

On Tuesday evening, the DNA test had confirmed that former SFI leader Anupama Chandran and Ajith are the biological parents of the baby.

Speaking to the media, Leader of Opposition V.D. Satheesan levelled a serious allegation on the role played by Vijayan and his party leadership.

"Handing over the baby boy to adoptive parents in Andhra Pradesh was not adoption but a case of child trafficking. With each passing day, the 'conspiracy' in the case got unearthed. There has been a total 'foul play' and every rule in adoption was thrown to the winds and the authorities concerned acted in the most irresponsible manner," said Satheesan.

The fight to get her child back has reached its last stage for the 22-year-old mother who has been waging a war for the same for over a month. The DNA test result came positive on Tuesday and the authorities allowed the parents to see their child, presently housed under government custody, here.

On Wednesday morning, the detailed probe on this conducted by senior bureaucrat TV Anupama, director of the Women and Child Development Department was completed. The report, according to sources, indict the two agencies responsible for adoption- Kerala State Council for Child Welfare (KSCCWC) and the Child Welfare Committee of having committed serious violations. This contradicts the claims made by State Health Minister Veena George.

"Till date Vijayan has not said a single word on this issue. He has to come out of this silence," added Satheesan.

On hearing the media reports of the senior bureaucrat's report, Anupama expressed happiness.

"I am very happy that the truth is coming out as everything what the Council and the CWC did on this adoption was grossly wrong. Just imagine the plight of Andhra couple who got my baby in adoption. Despite my complaint and pleas, the CWC and Council did nothing and they did the wrong. All this could have been avoided, if they had done their job in a responsible manner," said Anupama- the now happy mother, who is all likely to get her baby very soon.

Incidentally, the first battle was won by Anupama when on Sunday night a four-member team formed on the directions of the CWC returned with the 'missing' baby from Andhra Pradesh.

On Monday, the couple and the baby's samples were taken for the DNA test.

It was a family court here, which acted first and when it was about to give the final clearance for the adoption, a huge media blitz came as succour to Anupama. The Pinarayi Vijayan government directed the CWC and KSCCWC to act quickly after the court stopped all the follow up procedures for legalising the adoption to the Andhra couple.

Anupama, the SFI activist and grand daughter of one of the top most yesteryear CPI-M leaders in the state capital, and her husband Ajith had approached the state police chief and the CWC, but it was only after the couple approached the media that things started to move in their favour and now all eyes are on when she will get her baby boy and for that the family court will decide, sooner than later.

Meanwhile with Vijayan under severe duress, in all likelihood heads are likely to roll and on the dock are N.Sunanda who heads the Council and Shijukhan who is in charge of CWC and both these are political appointments made by Vijayan.