AP government sounded a high alert along the Krishna river 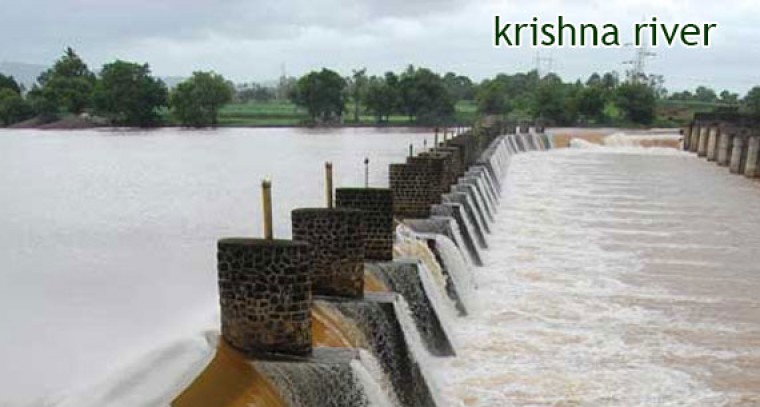 Vijayawada: The Andhra Pradesh government sounded a high alert along the Krishna river course downstream of Vijayawada with outflows expected to surge to eight lakh cusecs from the Prakasam barrage in the next few hours.

The river empties into the sea after travelling 75 km from the Prakasam barrage.

All major projects on the river, Almatti and Narayanpur in Karnataka, Jurala, Srisailam, Nagarjunasagar and Pulichinthala in the Telugu states are full and officials are releasing virtually all the water they are receiving upstream.

Authorities in both Krishna and Guntur districts have started evacuating people living in low-lying areas along the course of the river on either side to safety. They are advising people on the public address system to cooperate with them to be moved to safe zones.

Officials from all mainline departments including revenue, police and others and security personnel from NDRF, SDRF, ANS have been deployed all along the river course to move the people to safety based on need and help them out in case of trouble from the surging waters.

In Guntur district, the authorities have identified 21 villages to be evacuated. Parts of three mandals — Kolluru, Kollipara and Bhattiprolu — have been identified as vulnerable to trouble from the gushing waters of the river.

Guntur joint collector A.S. Dinesh Kumar said, “We are advising people to be on high alert and shifting those living in vulnerable areas along the river course to safety.”

In Krishna district too, the authorities are evacuating people from low-lying areas.