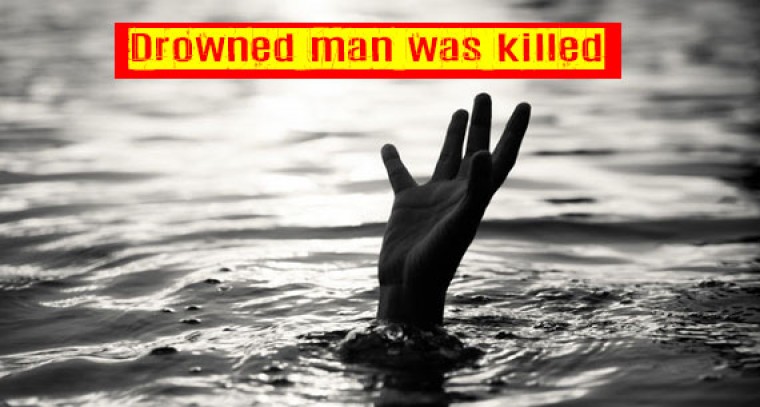 Nellore: Nellore police personnel, led by circle inspector K. Ramakrishna and Venkatachalam sub-inspector Karimullah, have cracked the mystery behind the death of one Bandaru Prakash, 26, at Nakkala Kaluva (Canal) in Venkatachalam mandal on July 30 this year.

Initially, the police assumed that it was a case of drowning as per the complaint from his father Penchalaiah but converted the same into a murder case based on the postmortem report that was released few days after the mishap.

According to Ramakrishna, the victim Prakash was addicted to alcohol and has been neglecting his wife Rajeswari and children. This had resulted in regular arguments between the couple.

Taking advantage of the situation, Venkatesh, who was Prakash’s friend, reportedly developed intimacy with the latter’s wife. Disputes complicated further after Prakash came to know about the illicit affair and started harassing his wife.

Unable to bear the humiliation, Rajeswari went to her parents’ house at Rapur about a year ago. However, Prakash had been accusing the woman for her affair with Venkatesh.

Against this backdrop, Venkatesh decided to give a stern warning to Prakash to avoid disturbing his wife.

He managed to take Prakash to Nakkala Kuluva with the help of his friends Krishnaiah and Vijaya Bhaskar on July 30.

During the process of threatening, all the three accused throttled him to death and dumped the body in the canal to showcase the incident as drowning in inebriated state.

CI Ramakrishna and SI Sk. Karimulla started investigation after the postmortem report indicated foul play and detained Prakash and his two friends for questioning on Thursday. The trio confessed about committing the crime when the police officers grilled them.