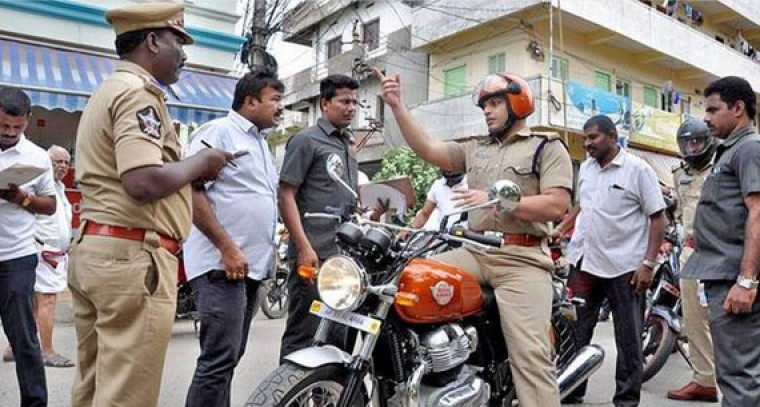 Gone are the days when lathi-wielding policemen used to go round localities blowing a whistle. Patrolling has gone hi-tech in the city now as the surveillance is done through a network of closed-circuit television (CCTV) cameras and live-tracking of vehicles fitted with GPS (Global Positioning System) devices from a modern police control room equipped with Very High Frequency (VHF) sets, video walls and other high-end systems.

By bringing in information technology tools into patrolling, the Prakasam police have expanded the police reach to every nook and corner of the city, according to Superintendent of Police Siddharth Kaushal.

“Now we track live the happenings across the length and breadth of the city through a host of CCTVs kept at strategic points from the District Police Office (DPO) while the GPS-enabled patrol vehicles, which move around the city, deter crime,” said Mr. Kaushal, who went round on a motorcycle to finalise 12 beat routes and identify the hot spots.

A satellite map of the city had been prepared based on six-year crime data with GPS latitude and longitude coordinates to preserve law and order 24 x 7. Tracking from the IT-enabled police control room would help them rush a police patrol vehicle to the spot of crime swiftly, he explained.

“We are treating Ongole city with three police stations as a single unit and have pooled all available human resources and drew talent and expertise from other wings of police, including IT core team, to put in place an effective crime prevention and response mechanism,” he said, before moving to the next beat point from the busy Church centre.