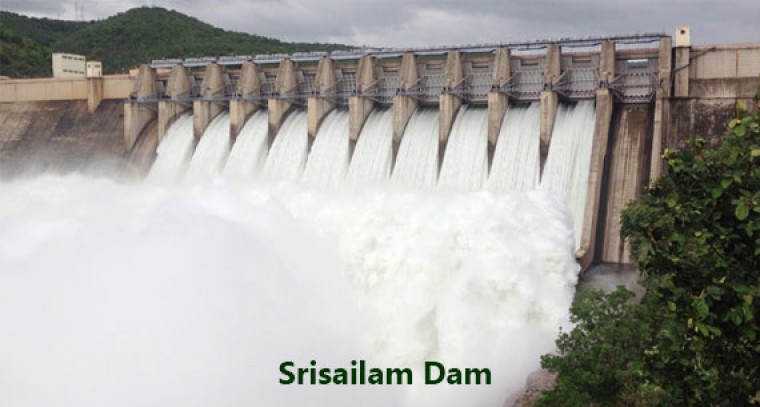 Anantapur: The Tungabhadra reservoir, which feeds Srisailam as well as the Rayalaseema areas, began receiving about 20,000 cusecs of water on Thursday, thanks to rain in the upstream areas.

The project is poorly placed with just 28.40 tmc ft of water against its total capacity of 100.86 tmc ft. The same day last year, the reservoir had 96.45 tmc ft. The project recorded inflows of 21,272 tmc ft today. “An acute rain deficit was witnessed till last week. The increasing of inflows will help meet the drinking water needs under the High Level Main Canal (HLMC), Low Level Canal (LLC) and subsidiary canals of Tungabhadra reservoir at Hospet,” an HLMC engineer from AP said.

Some water from Tungabhadra reaches Srisailam reservoir, which as on Thursday had 34.24 tmc ft of water against its total capacity of 215.81 tmc ft. The reservoir is receiving about 37,000 cusecs, but nearly 1.84 lakh cusecs released from Jurala would reach by Friday. Last year, it had 158.25 tmc ft of water on August 1.

The backwaters of the Krishna river at the Srisailam reservoir is the only major source to meet irrigation and drinking water needs of Rayalaseema through the Handri Neeva Sujala Shravanthi (HNSS) project. The HNSS helped drought-hit areas even when the TB dam failed to meet the needs of the area during the previous years. “We have to depend on the Krishna backwaters to fill irrigation tanks and summer storage tanks through the HNSS project Phase I and II to cover major parts of Kurnool, Anantapur and Chittoor districts,” an official said.