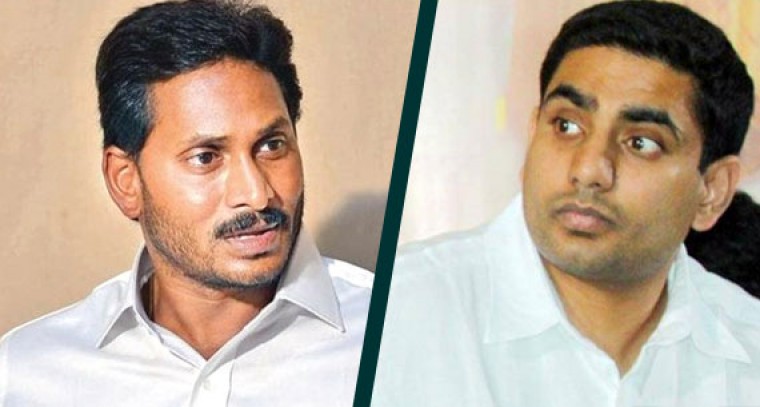 Vijayawada: Telugu Desam general secretary and former minister Nara Lokesh will be in for a major embarrassment in the ensuing Budget session of the AP Assembly for “endorsing” a false propaganda that the state government had clandestinely transferred Machilipatnam port to Telangana.

Chief Minister Y.S. Jagan Mohan Reddy is believed to have asked his party men to go all out against Mr Lokesh for raising suspicion over a routine order issued by the infrastructure and investment department and linking it to transfer of Machilipatnam port. The ruling party will dub Mr Lokesh’s tweet on the issue as part of his “habitual exercise of spreading lies.”

The social media was abuzz with reports last month that the government issued a GO handing over Machilipatnam port along with 8,000 acres to the TS government.

Endorsing the speculative stories, Mr Lokesh took to Twitter to question the government’s action — issuing a GO in the “confidential” category first and then placing it in “not issued” category.

He said people had many doubts over the port and the Chief Minister should clarify. He further said: “Ports are a boon by nature to Seemandhra. None has authority to take a decision on such ports, which are right of Andhraites.”

At a recent review meeting, the officials briefed the Chief Minister that the order pertains to a routine transfer of a port official which was subsequently cancelled. Lokesh lacked basic knowledge that the above GO was issued under “routine” category and an important issue like transfer of port will not come under “routine” category even assuming that such a decision was taken, a senior official said, adding that the reports of transfer of the port were fabricated and ridiculous.

Inquiries by this correspondent revealed that the I&I department issued GO Rt No. 62 on June 28, 2019, posting one Capt Adinarayana as Kakinada port officer. Within no time, the department cancelled his transfer when the senior officials of the department found that the said Captain faced severe allegations of corruption.

The government-appointed inquiry committees recommended disciplinary action against him.

GO 62 was initially put in public domain and when it was decided to cancel his transfer, the junior officials of the department erroneously put it in confidential category. Following speculative stories, they again erred and placed it in “not issued” category, instead of simply issuing another order cancelling the transfer.

Incidentally, Mr Lokesh was ridiculed on the same issue when he fumbled in the election campaign that TS Chief Minister K. Chandrasekhar Rao would take away the Machilip-atnam port to the neighbouring state. “Lokesh has once again exposed himself and exhibited his lack of knowledge and the same would be highlighted,” sources said.