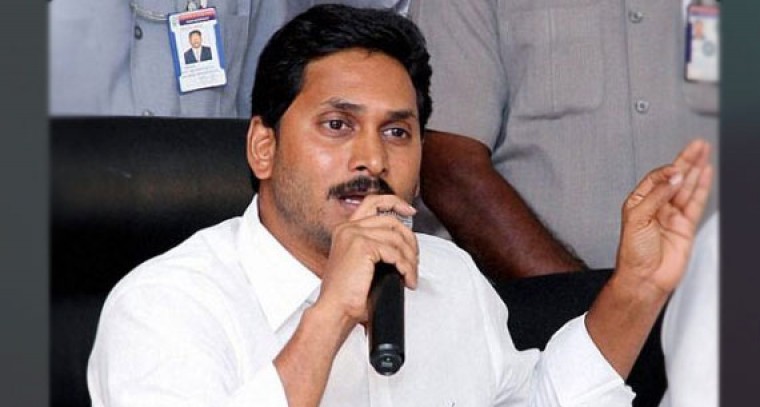 Vijaywada: Expressing displeasure over high-level corruption in the state’s governance, Chief Minister Y.S. Jagan Mohan Reddy directed the district collectors and SPs to take initiative to curb such practices at mandal and police station-levels respectively, while addressing them through a video conference, during the conduct of Spandana programme from the  Secretariat.

The Chief Minister said that from the time of submission of an application form for some service at a Mee-Seva centre, corruption can be found everywhere from the issuance of a certificate to getting registration of a house and also for getting approval for a building plan. He called upon the district collectors and SPs to take it to their heart to curb corruption so that it could be possible to eliminate corruption from village, mandal and at district-level in three months.

He directed the collectors and SPs to ensure that the total relief amount will be given away to the family members of the deceased farmers and made it clear that no part of relief should reach the private money lenders who offered loan to the deceased farmers. He asked the district collectors to respond to cases of farmers committing suicides in the districts immediately and take the issue on humanitarian grounds and take steps to provide relief as per norms.

Taking part in the Spandana programme, the CM stated that the top priority of the State Government is to solve the problems of the people and laid stress on the part of the administration to accept every grievance and resolve it properly and build people’s confidence in the government as it would stand with them at times of trouble.

The Chief Minister felt the need to train the officials to conduct ‘Spandana’ properly and asked the officials to make proper arrangements like arranging chairs, setting up pandals etc. and instructed them to offer drinking water and butter milk to the people who attend the programme.