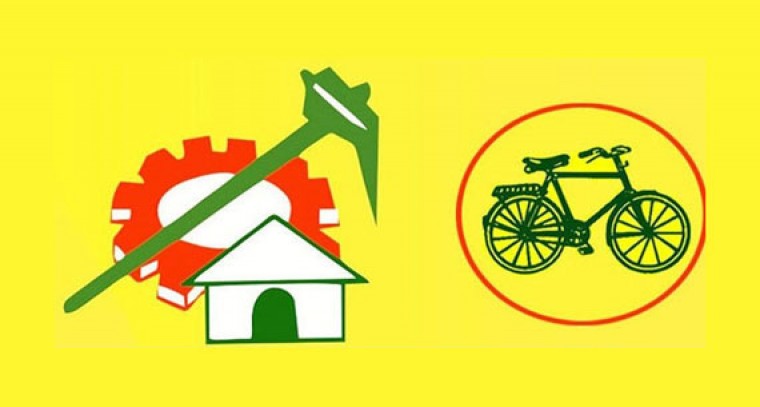 Visakhapatnam: The BJP is working hard to cash in on the tough times that the Telugu Desam is going through. The party that got less votes than NOTA is now posing itself as an alternative for the state and aiming for power by the next elections. The smooth way “Operation Akarsh” was moved by the party seems to be one of the reasons for its confidence.

“Some ex-ministers, who served during 2014-19, are in touch with us and we are sure that they are going to join the BJP soon. The leaders and activists of Telugu Desam have lost confidence in their chief N. Chandrababu Naidu. They are saying that Mr Naidu is not capable enough to handle the party in future,” said BJP State President Kanna Lakshminarayana.

The BJP had about 42 lakh members in the state before the recent elections and now they are aiming for at least 25 lakh more memberships. BJP leaders are confident that they will assume power in the state by 2024.

But, the reality shows that they are chasing an impossible dream. Though there are about 3.93 crore voters in the state and 42 lakh members for the party, they only secured 2.64 lakh votes which is around 0.84 per cent of the total votes polled during the recent Assembly elections.

More voters chose NOTA as can be seen in the 1.28 per cent vote share translating to 4.01 lakhs votes polled. In fact, the Congress that has vanished from the state still has a decent vote share in the state compared with the BJP, recording 1.17 per cent of vote share translating into 3.68 lakh votes. Though ‘Operation Akarsh’ is going smoothly, it is felt that Telugu Desam leaders are joining the BJP only as a safe shelter and will return home later.

A senior leader from Telugu Desam said, “Only a few people have left the party and they have their reasons. Mr Naidu is one of the senior politicians in the country. The state BJP has no idea about the capability of Mr Naidu and is thinking that the Telugu Desam is a sinking ship. But the historical party had several debacles even before 2014. The people believe that the TD is the alternative and BJP can’t even come close to us.”

Speaking to DC, Mr Kanna Lakshminarayana said, “Though we got fewer votes than NOTA, we have reasons for it. The government, political parties and media targeted the BJP in the last five years by blaming us for everything. I took charge as the party president just 10 months before the elections and have performed well. We are sure that the BJP will form the government in the state by winning the next elections.”