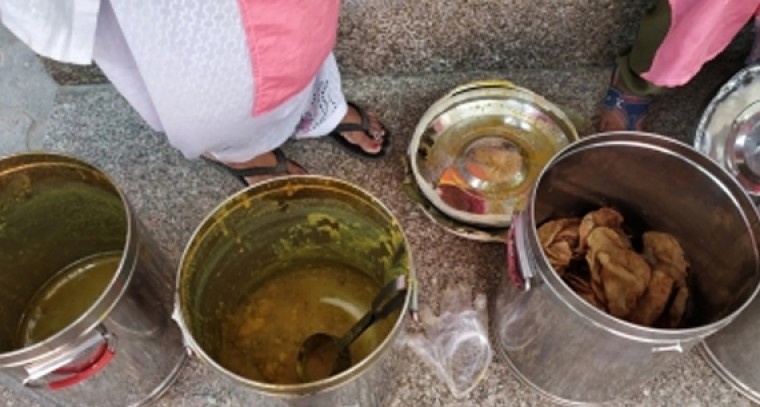 The incident occurred late Monday night at Paderu. The students were rushed to a government hospital and most of them were discharged on Tuesday.

The students complained that the rice and sambar served to them in dinner was stale.

A few minutes after the dinner, the students suffered from vomiting and stomach ache. A couple of them fell unconscious.

The school authorities immediately shifted the students to the hospital. According to doctors, 40 of the students were "very sick" on Monday night but their condition improved later as doctors provided them necessary treatment including intravenous fluids.

As the news about students falling sick spread, anxious parents rushed to the hospital and pulled up the school officials.

The school has 200 students and of them 100 students had dinner in the first round. After seeing many students falling sick, others did not have dinner.

The Education Department has ordered a probe into the incident. Officials visited the school and sent samples of food and water to the laboratory for analysis.

Some students complained that despite their complaints about poor quality of food, the authorities took no action. They also complained that the water tank was not cleaned for several days.