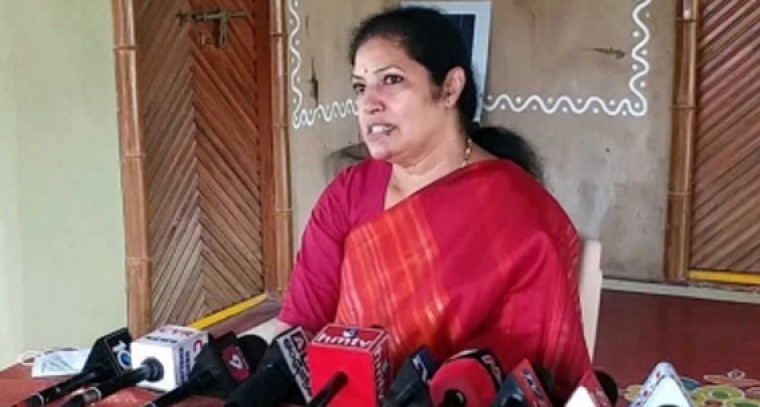 Amaravati, Nov (IANS) Several BJP leaders from Andhra Pradesh left for Nellore district on Sunday to participate in the 'Mahapadyatra' and express solidarity with the Amaravati region farmers who are opposing the tri-capital city formula proposed by the ruling YSRCP.

The move on the BJP's part comes around 20 days after the Amaravati region farmers embarked on their around 45-day protest march dubbed as 'court to temple' march to oppose the current state government's moves to trifurcate the capital city - legislature in Amaravati, Executive in Visakhapatnam, and Judiciary in Kurnool.

Party sources hinted that the state unit jumped into action only after party leader and Union Home Minister Amit Shah chided them on their indifference to the issue. The Home Minister had visited Andhra Pradesh last week to chair the Southern Zonal Council Meet in Tirupati.

Speaking to media in Vijayawada before leaving for Nellore district, party leaders Purandareswari and Veerraju announced their party's support to the Amaravati farmers' agitation. They said that the BJP has previously committed to the idea of Amaravati as the sole state capital.

They were also critical of the curbs being placed on the farmers as they make their way to Tirupati.

The 'mahapadyatra' by Amaravati farmers began on November 1. They have been continuing their campaign for more than 650 days to protest against the State government's plans for trifurcation of the State Capital.

Passing through the districts of Gunturu, Prakasam, Nellore, and Chittoor, the protest march will cover 70 major villages before culminating around mid-December at the temple city of Tirupati.