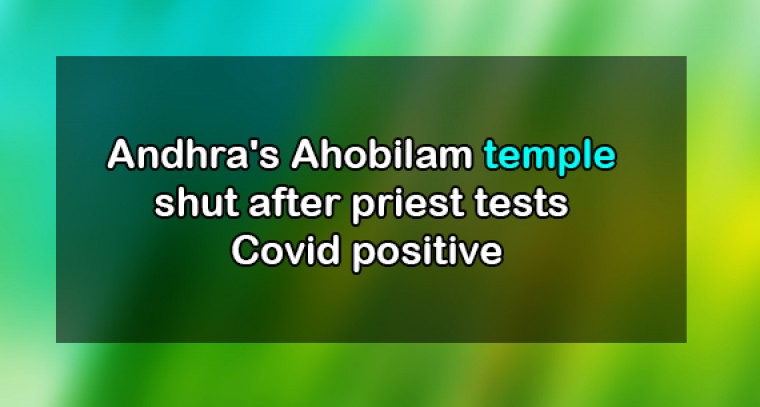 Amaravati, June 22 (IANS) The Ahobilam temple in Andhra Pradesh's Kurnool district was shut down for devotees on Monday after a priest tested positive for COVID-19.

The math stated that one of the staff Archakas tested positive for COVID-19 and hence the temple is closed temporarily as per the instruction of the 46th Jeeyar of Sri Ahobila Matah who is the hereditary trustee of the Ahobilam temple,

The math said the temple was temporarily closed for pilgrim worship considering the well-being of all and to prevent the spread of Coronavirus.

The temple authorities, however, clarified that the daily rituals will be continued to be performed to the presiding deities inside the main temple complex but devotees will not be allowed inside the temple until further orders from the 46th Jeeyar of Sri Ahobila Math.

Kurnool is the worst affected district. As of Sunday it accounted for 1,294 cases, the highest among 13 districts of the state.

A few days ago Tirumala Tirupati Devasthanam (TTD) shut down the Sri Govindaraja Swamy Temple in Tirupati after an employee tested positive.

The temple was later re-opened after screening of other employees who were in contact with him and disinfection operations were carried out in the premises.