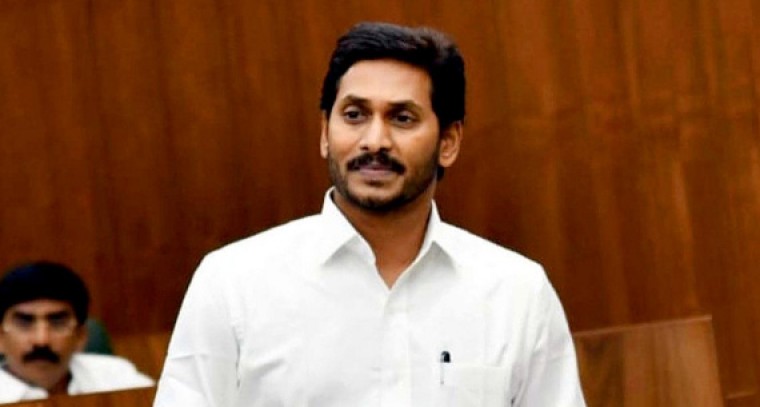 Andhra Pradesh Chief Minister Y. S. Jagan Mohan Reddy on Tuesday rubbished the allegations by the opposition parties on sand policy and clarified that due to unprecedented rains and floods, the sand could not be extracted in the required measure.

The chief minister assured that everything will fall in place in due course. His assurance came amid reports that five construction workers committed suicide as they did not get the work due to the slump in construction sector on account of sand shortage.

The opposition parties have blamed the government's new sand policy for the shortage and targeted it for pushing lakhs of workers into depression.

During a review meeting here on Tuesday, the chief minister said their government can proudly say that they were able to get rid of the corruption from the sand mining.

Jagan, as the chief minister is popularly known, called for a 'sand weekend' and instructed the officials to work on the sand issue for the next week. "In the past, the system was run by grave corruption and now, the government is undoing the damage," he said and slammed Telugu Desam Party (TDP) for making baseless allegations.

The chief minister said due to floods it was difficult to extract the sand during the past 90 days. He directed the officials to condemn false allegations immediately.

He ordered the officials to make sure that under any circumstances sand should not be sent to other states. He asked Director General of Police to monitor border areas with Tamil Nadu, Telangana, and Karnataka.

On the issue of construction workers, the chief minister said that about 70 sand reaches have been identified at lakes, bunds during floods. "Anyone can collect sand from local resources and carry it on tractor up to 20 km after informing Village Secretariat. Those who require work can get at sand reaches through the Village Secretariat," he said. He asked the officials to give works at reaches to those who ask till the floods subside.

He noted that despite 267 reaches in the state, due to floods, sand is being supplied only from 69 reaches. He hoped that floods will subside soon.